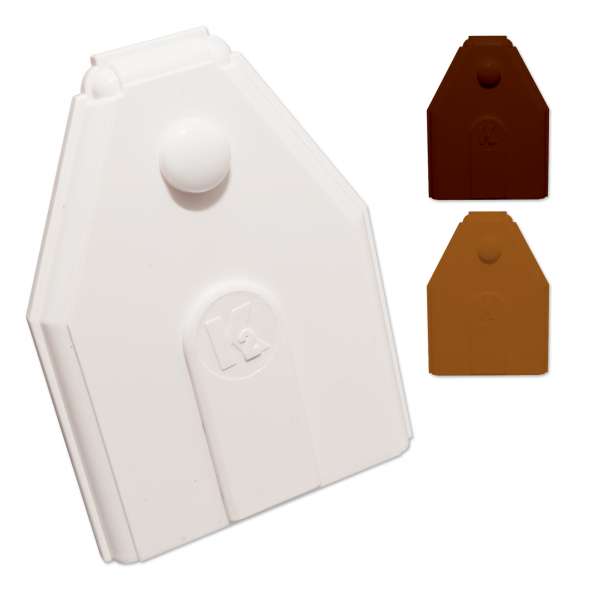 This product is currently not available.
From £2.38 *

Production of K2 roof and gutter ceased when K2 went into administration several weeks ago, and we no longer have stock of replacement parts. However, we have produced a Replacing K2 Gutter System guide that describes how to replace K2 guttering with Marshall Tufflex Universal Plus, an ogee system which has ascalloped front like K2 gutter, but provides a higher flowrate and is more watertight.

Within the guide, we demonstrate how Marshall Tufflex (RWKFB2) face-fit brackets can be fitted to align the replacement gutter in the right place to work effectively under the K2 roof. We also introduce the common components, to help you choose the parts you need.

The K2 C9038 is a decorative, sculptured end cap, which can be used for new installations, as well as in the replacement of broken or missing conservatory end caps.

It's really easy to fit these end caps. Everything you require, such as screws, cover plate and screw cap is included, except the glass plate. Just align the end cap to the roof spar and screw into place using the screws provided.

Note: If you have a glass conservatory roof then your roof spars may also require a metal retainer, known as a glass plate. We sell these as an End Cap Replacement Kit.